“To be the best, you must learn from the best…” – Inna Maor 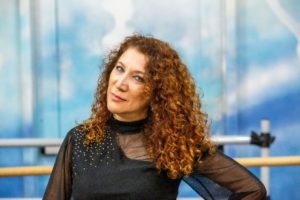 Ms. Inna began to dance and play music at a very young age in Odesa Ukraine. She went to professional ballet school and music school. She has a BA in Music Education and piano from the Moscow College of Arts and has another BA in Dance Education from The Wingate Institute in Netanya, Israel. For over 35 years, she has taught many students at different elementary, middle, high schools, and dance studios both nationally and internationally. Inna’s dance and piano students present her school at international competitions. Inna’s previous experiences inspired her to share her love of dance, music, theater, and art. Her “Inna’s Performing Arts Conservatory” inspires hundreds of students and teachers. 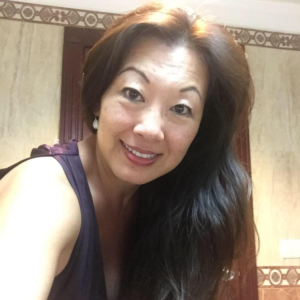 Chai L. Chien is a ukulele instructor, piano teacher, singing coach and a general music teacher. Her students start at age five 5 for group or private lessons to adults. Growing up playing classical piano, she has played with orchestra, chamber music concerts and solo recitals. She is the President of the Music Club of Hollywood since 2014, a members club supporting young students through scholarships for music camps and private music lessons. Sharing her musical passion is important to develop creativity and self-confidence in children. 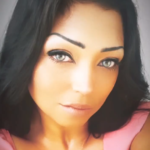 Mazi 33 years old mother of Shon (10) and Lia(6). Mazi holds a WebMaster degree with Web Design and Web Developer. Mazi is the winner for Social Media Content from ART OF BAZEL FOR 2022 . Mazi has been involved in the Dance Music and Art industry since 1995 .    Mazi 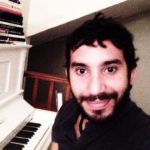 Carlos Patino holds a doctoral degree with a concentration in music composition from the University of Miami, and a Masters’s degree with a concentration in commercial music from Florida Atlantic University. Dr. Patino has been involved in the music industry working in different positions throughout his career. He is a member of a Colombian rock band named Red O’Clock, sharing the stage with renowned international brands such as Foster The People, Evanescence, Garbage, Dead Kennedys, Molotov, Bomba Estereo, and J Baldvin, among others. As a film scorer, he has worked on documentaries such as “El más veces campeón” produced by Diptongo SAS, and Millonarios Futbol Club, the most important soccer team in Bogotá, Colombia, and other documentaries and short films in Colombia, Argentina and Spain. Also, he has worked as an assistant audio engineer, audio editor, and audio post-producer for albums such as “Pá Qué Más” by the Quinteto Leopoldo Federico, Latin Grammy nominee 2017, released by Hoot/Wisdom Recordings, “Astor Piazzolla-Legacy” by Tomas Kotik and Tao Lin, International Classical Music Awards nominee 2018, released by Naxos records 2017, among others. He is the author of the academic music book titled “SOLISTAS-Instrumentos de cuerda pulsate I” released by the academic specialized Javeriana publishing house in Bogotá, Colombia, in December 2017. The recording of the same project was released by Hoot/Wisdom Recordings in January of 2018 in Florida, USA. 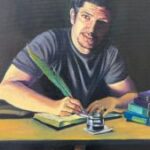 Eli Benitez, paiter born in Ciego de Avila, Cuba. He studied plastic arts instruction at the Manuel Suarez Delgado School; influenced by professors and friends at the school, he learned to master different techniques of the art of painting, and exerts these talents until today. For him, painting is a miraculous act where the mixture of the talent born from the soul, the brush, the canvas, the oil, and the love, is strongly reflected in each one of his works, as well as the fusion of classical, modern, realism, and abstract artistic concepts. Eli Benitez has had exhibitions in his native Cuba, and in the US, where he currently resides.

Lisa Thomas Emrekovic is a New York trained dancer & aerialist. Mrs. Emrekovic graduated from the Ailey School on a Special Fellowship Scholarship and went on to join the Alvin Ailey American Dance Theater. She is a world-traveled performer and has enjoyed being a part of Inna’s Hall of Fame family! 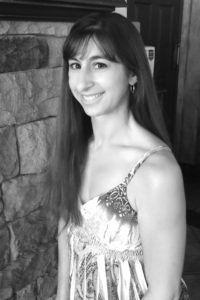 Renee Boyle has grown up dancing. She has trained in Ballet, Jazz, Tap, Hip Hop, and more. Renee has performed in Superbowl XXIII and Superbowl XLI. She has performed with local production companies including Ener-Gee Dance Productions, Platinum Gold Productions, and Pembroke Pines Theater of the Performing Arts. She received her B.A. from FAU in Elementary Education with a minor in early childhood. She is Kinderdance certified and trained through Dance Educators of America. Renee has been teaching dance since the age of 16 and was the owner/director of Lu-Na Dance Studio for eight years. 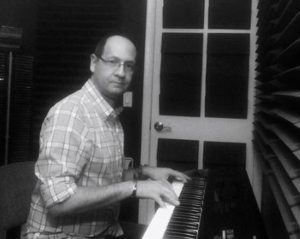 Samuel David Naranjo is a Colombian Music Producer, composer, and arranger. When he was very young he was introduced to music by playing the piano. Samuel David graduated from Valle University in Cali, Colombia with a degree in Music. Now (2022 )he is The producer of Vaiah an urban Singer and has worked with various artists such as Carola Lopez[Peru] Felipe Silva[Colombia] Maria Esther Del Sol[Cuba] Carolina Medina[Chile]. Samuel David has composed and edited music for the short film Interview Me, Which won Best Short Film, Best Director, and Best Actress at the Miami Life Awards. He also composed and edited the music for the film Dinner is served which was nominated for Best Director at the Miami Life Awards. He has been teaching piano for more than 20 years.
Save 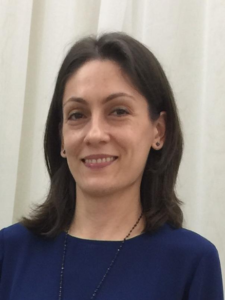 Reka Mathe comes from a family of musicians. She began her violin and piano studies at the age of 6. She attended “Gheorghe Dima” Music Academy in Cluj-Napoca, Romania where she studied violin under well-known violinists Stefan Ruha and Melinda Beres. Reka has taught violin and piano using a traditional method for different age groups for twenty years both in Romania and United States. She has been and continues to be an active member of different chamber orchestras in our community.

Sarah Sun Park believes in the power of storytelling to impact, change, and inspire souls. She was a student at Inna’s Hall of Fame as a child where she was greatly inspired. Sarah ended up attending New York University’s Tisch School of the Arts on a Scholarship where she had the gift of training with esteemed mentors and colleagues in the arts. In the Spring of 2018, she received her Bachelor of Fine Arts in Drama from NYU after training at the acclaimed New Studio on Broadway and Stonestreet Film Studios.

Sarah has had the honor of working on various projects that have resonated with her including Berkshire Theatre Group’s Hair, North Carolina Theatre’s Broadway production of Mamma Mia!, and the World Premiere of Oscar Nominated Michael Weller’s play A Welcome Guest at the Contemporary American Theater Festival. Since graduating, Sarah has also worked with high schoolers auditioning for college performing arts programs, as well as young children between 2 and 9 years old.

I was a student of Inna’s Hall of Fame for about 7 years.  Ms. Inna taught me ballet and jazz.  I also did gymnastics for about 8 years.  Now I am studying to earn my Bachelors’s Degree in Education.

Barbara Bowers believes in starting each new day with a grateful heart.
She had a successful career in Sales, Marketing & Advertising which lead her to Inna’s Hall of Fame, who soon after became her client!
After semi-retirement & her passion for working with children, she is now assisting in the After School Program.
Barbara also has been serving on the Cooper City Senior Advisory Board since 2017.